The Best 30A Farmers Markets to Enjoy Every Week

Are you looking to shop for the freshest, most succulent and crip farm produce in town? For the residents and homeowners of 30A luxury homes, enjoying these delightful products is just an arm’s reach away at various weekly farmers markets in and around the area. Every week many local businesses and establishments put out their best products, from various farm produce, to delectable foodstuffs, deserts, hummus, guacamole and even body care. There’s always something for everyone!

Here are a few of the best farmers markets along Scenic Highway 30A.

Every Sunday from 9 AM to 1 PM in Rosemary Beach, (North side of 30A on the green), you can enjoy a wide selection of dairy products such as butter, cheese, cream and milk. Various vendors carry meat from grass-fed cows, chicken products and homemade sausages. Go organic, find Gluten free items, home-grown fruits and vegetables, jams, crab cakes and guacamole. Two of my favorite are Matt's Mom's Mustard and Wally's Hummus (Mano's Authentic Health Food). Also find interesting treats for your pets, dogs and cats, along with many other items! In addition, the Rosemary Beach Farmers Market opens on Thursdays from 9 AM to 1 PM starting on Memorial Day until Labor Day.

This farmers market is held regularly at the Seaside Amphitheater. Labor Day to Memorial Day: Every Saturday from 9 AM to 1 PM and Memorial Day to Labor Day: Saturdays AND Tuesdays 8 AM to 12 PM., The Seaside Farmers Market is a producers market focused on food, produce, cooking demonstrations, specialty items, artisan cheeses and breads, novice and professional gardeners, seed exchanges, educational aspects of growing and preparing food, and the celebration of eating and sharing great ingredients.

Every Saturday from 9 AM to 1 PM, residents of homes along 30A have the best access to a great line up of products at Grand Park (between Tommy Bahamas and Cantina Laredo), located in Grand Boulevard, near Sandestin. The Grand Boulevard Farmers Market offers a wide range of dairy products such as butter, cream and milk. There are meat options such as those from grass-fed cows available to guests as well. Try something new with the variety of gourmet jams available. Interesting pickled vegetables and assortments of herbs and flowers are sold too. There are also body products such as soaps and lotions available at this farmers market. Food vendors will delight your taste buds with their selection of artisan pastries, pita, dips, hummus and lemonade.

Your week will surely be filled with the best and most unique treats found in these farmers markets in the area.

Call me at 850-450-2000 or send an email: Debbie@30ALuxuryHomes.com. I’m here to offer you the best service you need from a Real Estate Agent. I have the expert knowledge and extensive experience to help you find your dream beach home!

Posted in 30A Things to Do
no comments yet

The cumulative days on market represents the total number of days it takes to market a property before the property sells. Some homes in Alys Beach are off-market transactions, and tend to skew the numbers. However, due to the large number of homes that sell off-market, we've decided to keep the zero days in the results. Even with the zero days, the cumulative days on market is showing a linear downward trend.

850 Properties continually sells more homes in Alys Beach than any other outside Real Estate Brokerage.

and to purchase or sell real estate in Alys Beach,

Posted in Alys Beach, Alys Beach Stats
no comments yet 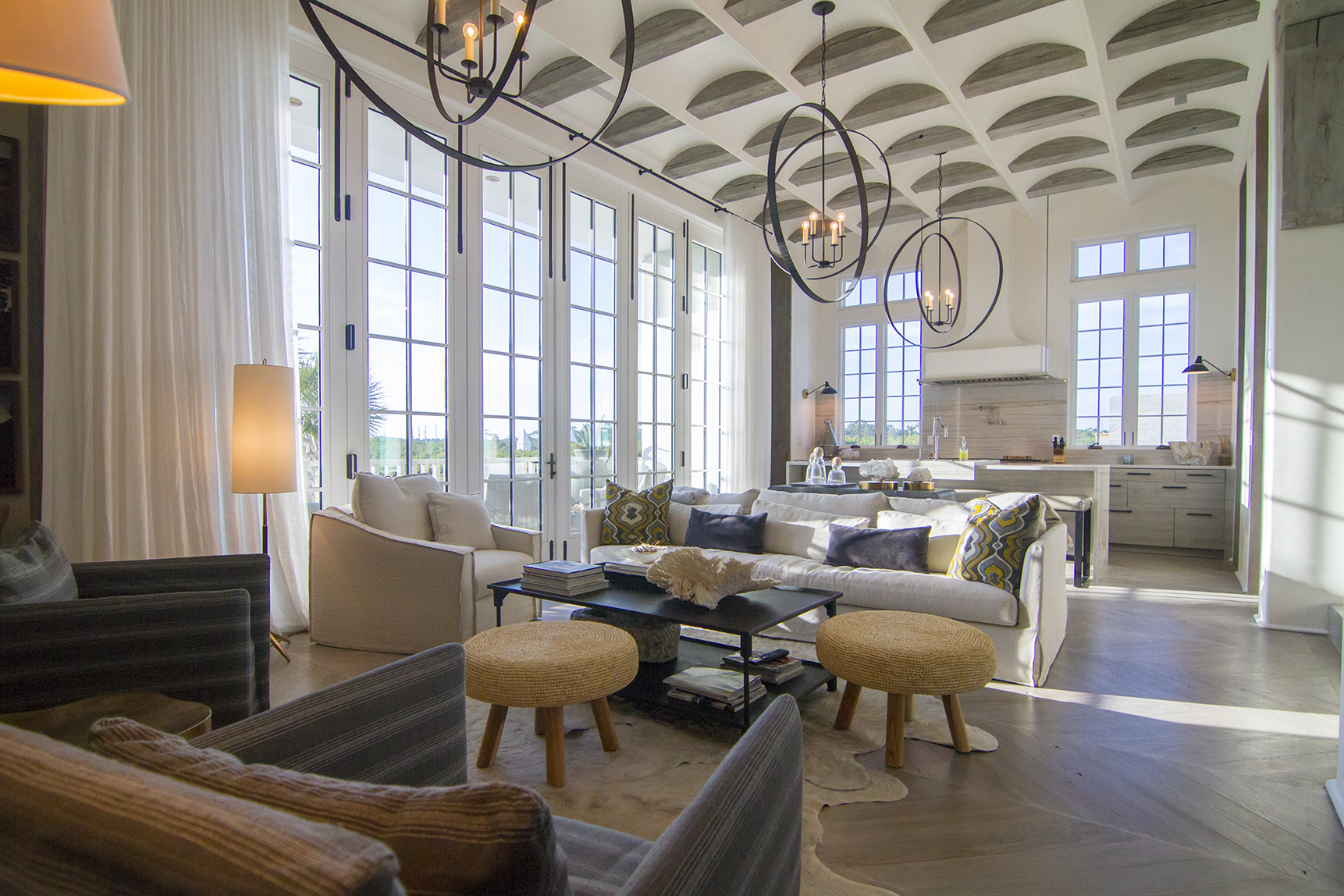 represents the highest priced sale in Alys Beach since 2015. The stunning home features 5 bedrooms, 5.5 bathrooms, 3,865 square feet, and is on the fourth row from the Gulf. This is the first home in Alys Beach, south of 30A, to sell this year, and the second to sell within the past calendar year (according to the local Multiple Listing Service.) Selling for $1,461.84/SqFt, it brings the average price per square foot in Alys Beach, for homes on the south side of 30A, to $1,242.40/SqFt. Looking at Alys Beach as a whole, there have been a total of 30 home sales in the past year. The average price per square foot for all of Alys Beach is $791.62. Additionally, this sale continues to keep 850 Properties as the top 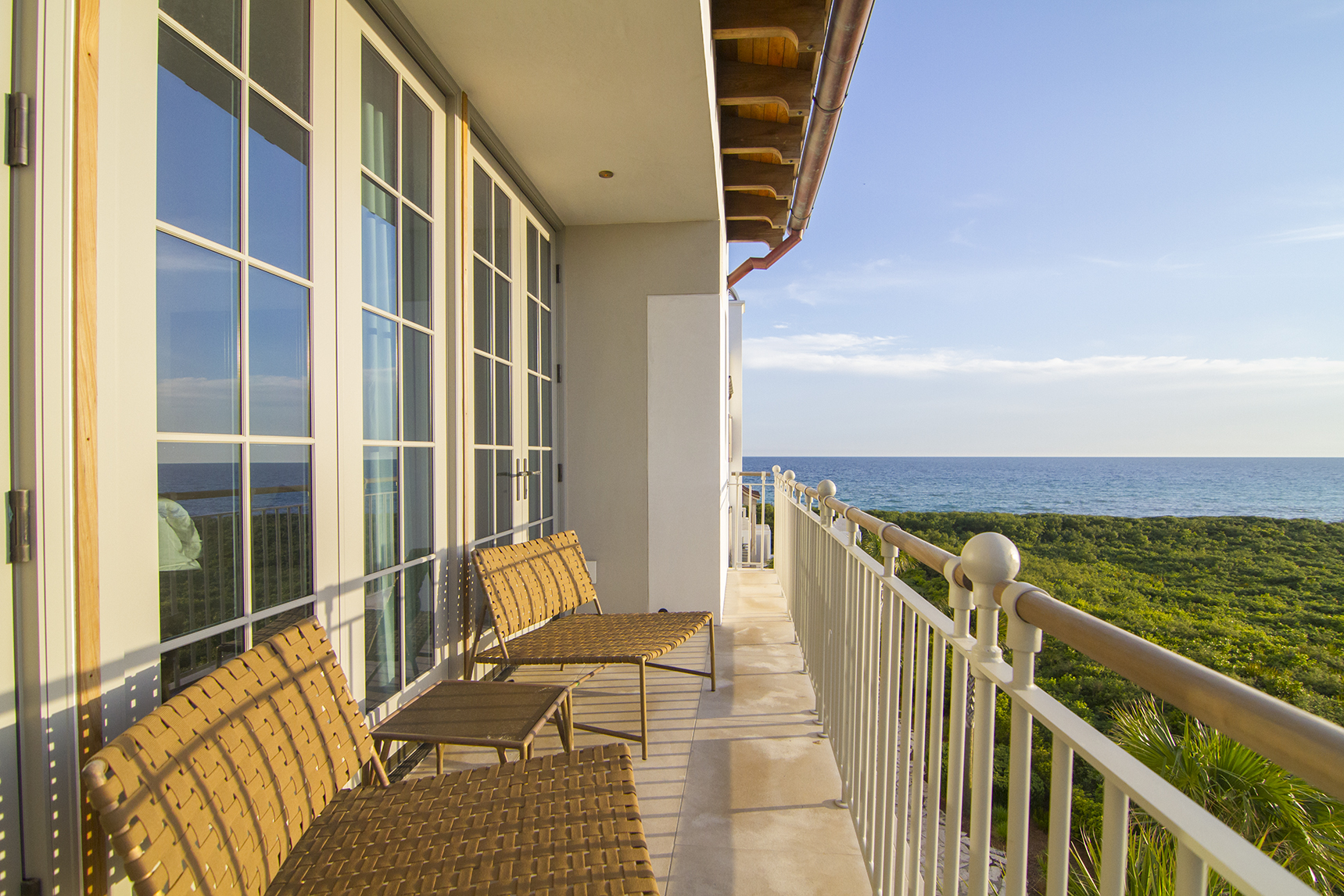 producing outside Brokerage in Alys Beach.

Alys Beach continues to show solid growth potential, and the majority of the the sales in Alys Beach are cash transactions. The last mortgage to be recorded was 08/31/2016. Additionally, the last Lis Pendens to be filed was 12/18/2013. This information goes to show that the growth of Alys Beach is not being over-inflated by borrowers utilizing other peoples money.

There are currently 13 active listings in Alys Beach. However, there are a few private listings as well ("pocket listings").

Follow the link below to view the active listings, or call Debbie directly to learn more about any available private listings: (850) 450-2000

Homes For Sale In Alys Beach

Posted in Alys Beach
no comments yet

Why You Can't Afford To NOT Own A Beach Home

The future value (FV) is the value of a current asset at a specified date in the future based on an assumed rate of growth over time.

A 3 bedroom house, along Scenic Highway 30A, in Seacrest Beach would cost approximately $330.00 per night on VRBO.com. According to Paradise Beach Rentals, the cost of renting vacation properties in the east 30A area increases about 7-10% every year. Therefore, if someone were to rent a house in Seacrest Beach for a week during Spring Break, and week during the summer, it would cost $5,151.30 a year (this figure includes 11.5% bed tax, but not a cleaning fee, or any other additional fees associated with renting).

Most mortgages on Real Estate are amortized over 30 years. So, let’s figure over the next 30 years, that same vacation will end up costing a total of $520,657.56. Just to rent a house at the beach.

When added all together…

So… The simple, and rhetorical, question would be, “Would you rather make $7.5 MILLION DOLLARS, or spend $520 thousand?”

COSTS: Rent vs. Own 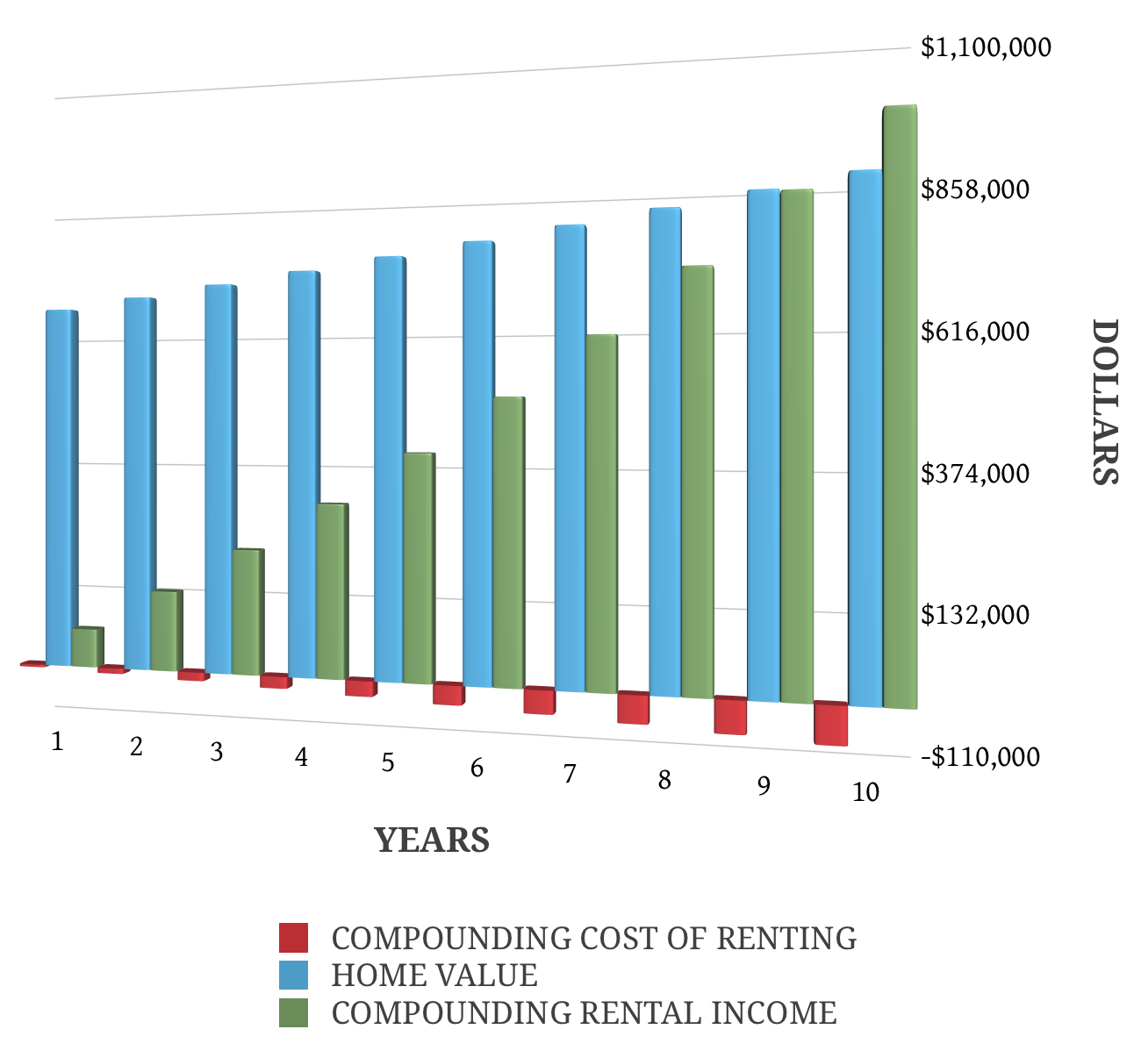 These numbers are broad, in general. However, as a service to our Buyers, we can help gather facts and figures to help you make a sound decision when buying a vacation home here on 30A. Some of the numbers would include historical data and estimated future data:

All of this information will help you make a sound decision when purchasing a Beach Home.

We are not financial advisors, and do not make any claims as to what property is or is not an investment fit for an individual's overall investment portfolio. It is best to seek the advise of a licensed financial advisor before purchasing a property. All of the data collected is based on estimates that are deemed reliable, but not guaranteed. All data should be independently collected and reviewed. Please call our office with any additional questions, comments, or concerns.
Posted in 30A Luxury Homes
1 comment

Home sales in Rosemary Beach are continuing to remain steady and show growth. Year over year, the number of sold homes remained the same (48), but the average price per home increased 25% in 2016, to an average of $2,864,563 per home. The average price per square

The average Cumulative Days on Market (CDOM) did see an increase over 2015.The 35% increase in the average CDOM closed out 2016 at 266 days. The increase in CDOM is 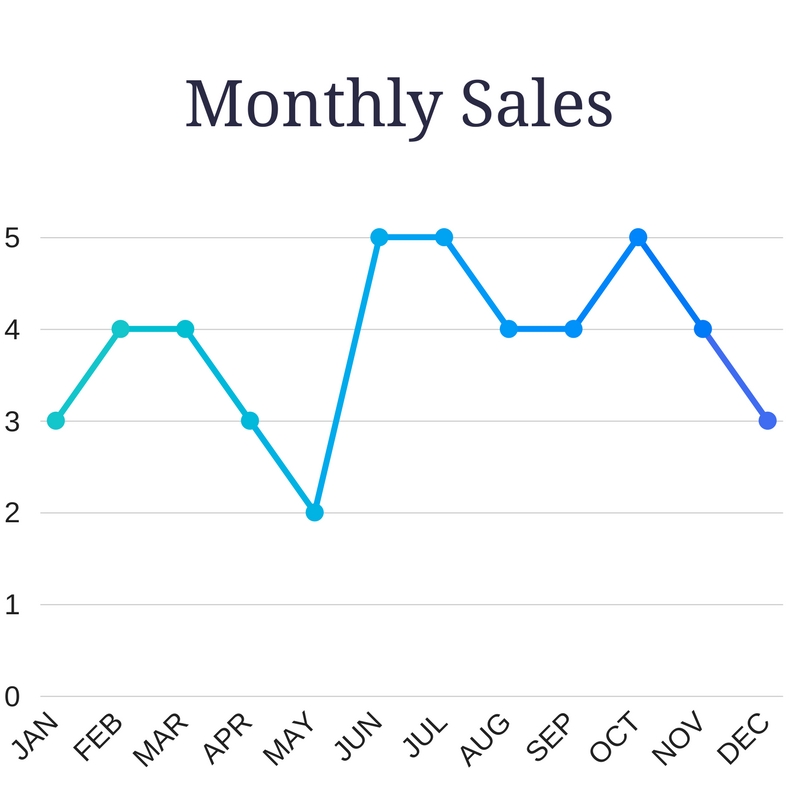 correlated to the increase in Original Listing Price. In 2016, homes sold for 81% of Original List Price. This number is up 8 points from 2015. However, after price adjustments, homes sold for 92% of the adjusted listing price; the same as in 2015. These numbers go to show that the Rosemary Beach market is predictable and steady. As of today, Original List Prices are already nearly 2% higher than 2016. With Spring Break right around the corner, we’ll see what the market is willing to bear.

Currently, there are 49 listings on the market, with an average Original List Price of $3,568,124, and an average price per square foot of 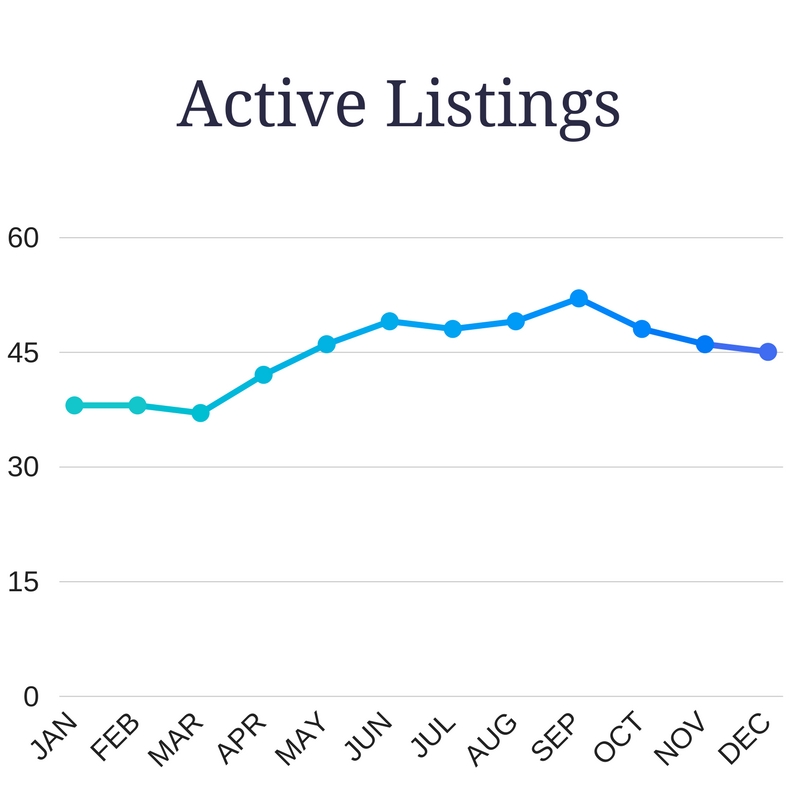 $1,011.49. If the market copies 2016, this year will increase the average price per home to $3,580,704, and the average price per square foot to $989.72. December closed out the year with an absorption rate at 15 months worth of inventory. It’s not the high for the year, but it is over the 2016 average absorption rate for Rosemary Beach homes (11.74 months). The absorption rate means, that no other listings hit the market, and sales remain constant, it would take X number of months to sell through all the homes listed.

Comparing the home sale numbers in Rosemary Beach to the entire 30A market, homes in Rosemary beach sell for about 61% higher. In total, the whole 30A market represented $987,464,075.00 in home sales, with an average price per square foot of $433.38. 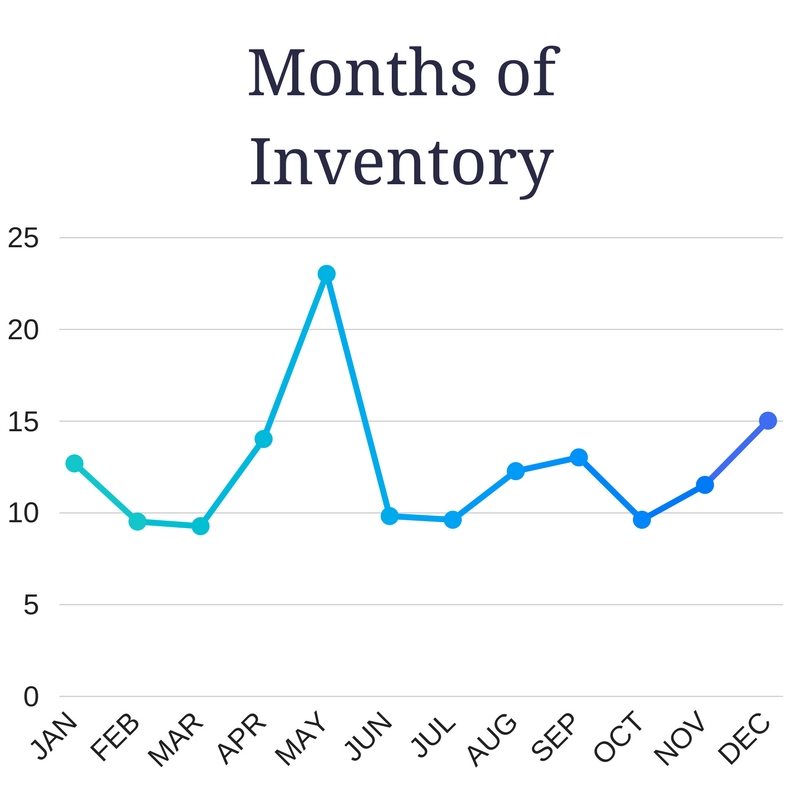 Click the button below to view the most current Market Report for Rosemary Beach.

To discover how Debbie James

will represent your property in

Rosemary Beach, call or text her:

Statistics for local residential sales, according to data gathered from ECAR FLEX MLS, and deemed reliable but not guaranteed.
Posted in 2016, Rosemary Beach, Rosemary Beach Stats
no comments yet

Which Brokerage Sells The Most Homes in Alys Beach??

View the most recent sales in Alys Beach.

Looking to Purchase? Find A Home in Alys Beach

Call me directly for more information:

Information is deemed to be reliable, but is not guaranteed. (c) 2017 MLS and FBS. All the listing data, images, or other materials contained in the ecn.flexmls.com site are the copyrighted ((c)2015 ECARMLS) and confidential material of the Emerald Coast Association of Realtors Multiple Listing Service, Inc. (ECARMLAS). Market Penetration Report By Companies. Listing or Selling Companies. Status: Sold. Search Parameters: Property type Residential; Sub-Type of 'Detached Single Family'; Project Name/Subdivision like Alys Beach. As of Wednesday, January 11, 2017 2:58:14 PM. Date Range: 01/01/2013 to 01/11/2017. Number and Volume Calculated By Sides.
Posted in Alys Beach, Alys Beach Stats
no comments yet 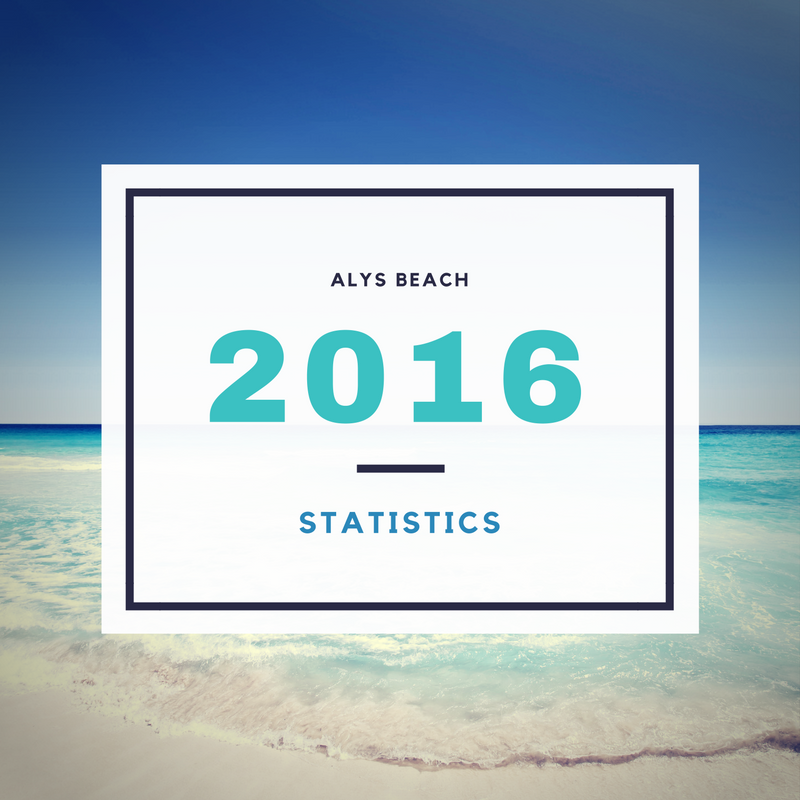 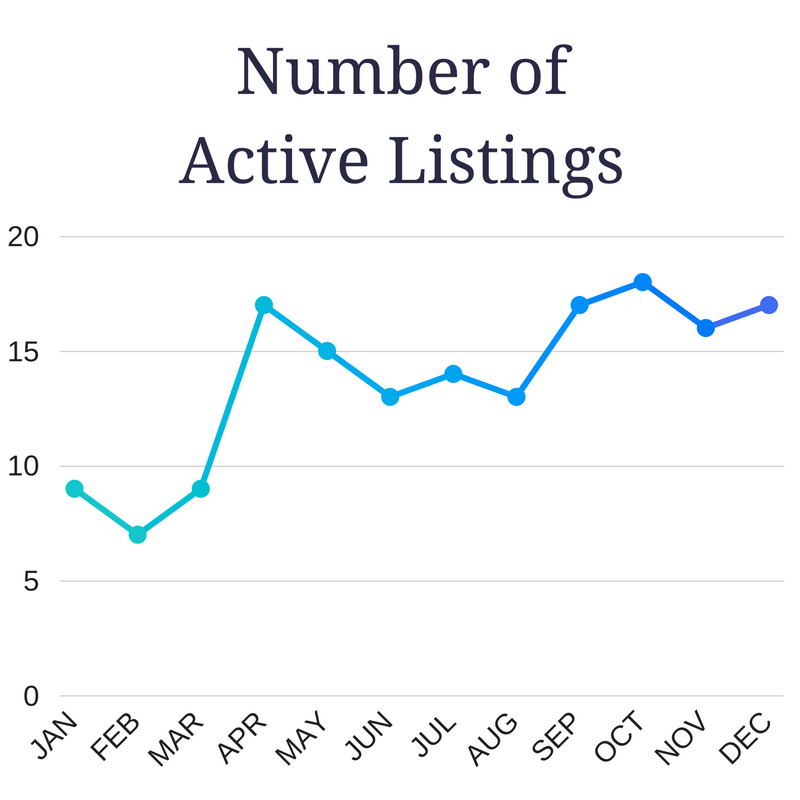 Days on Market (CDOM) for the listed properties is 187 days, which is up from 133 days in 2016. December’s market saturation had an absorption rate of 6 months. Which means, if no more listings are added, the current inventory will sell out in about six months. The absorption rate finished out the year low after it’s peek in September of 11.33 months. It’s historically normal for the C 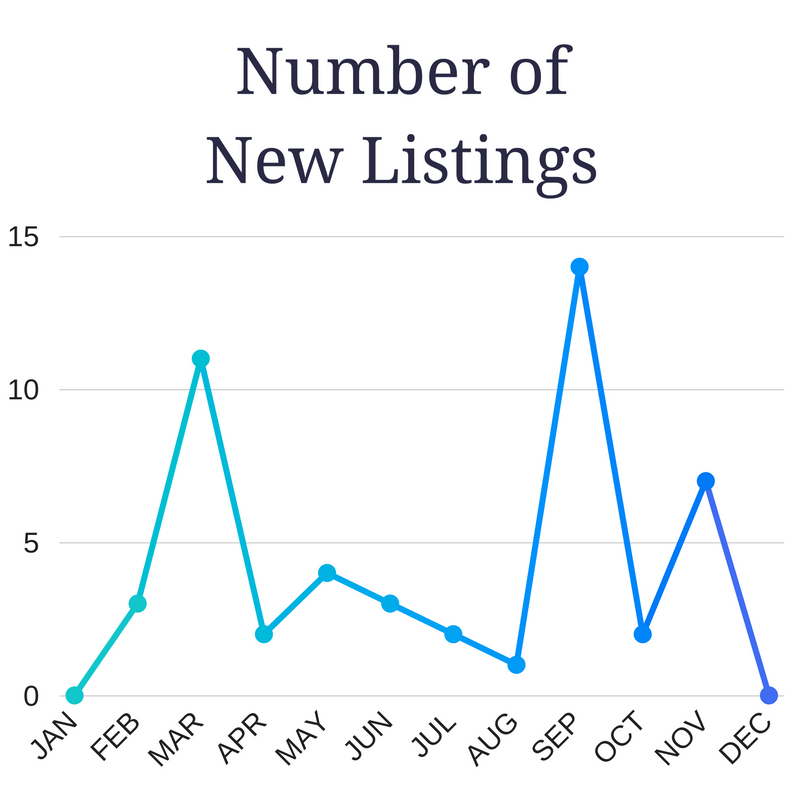 DOM to increase around the holidays, and progressively decrease over the spring and summer months. The number of Active Listings in Alys Beach is continuing to increase, and the sales are following the same trend. This is likely due to the new construction in the community. The market reports are indicating strong upward growth, and look hopeful for the growing community. Strong sale prices, and the recent increase in the consumer confidence index should prove to show property owners larger than normal returns. 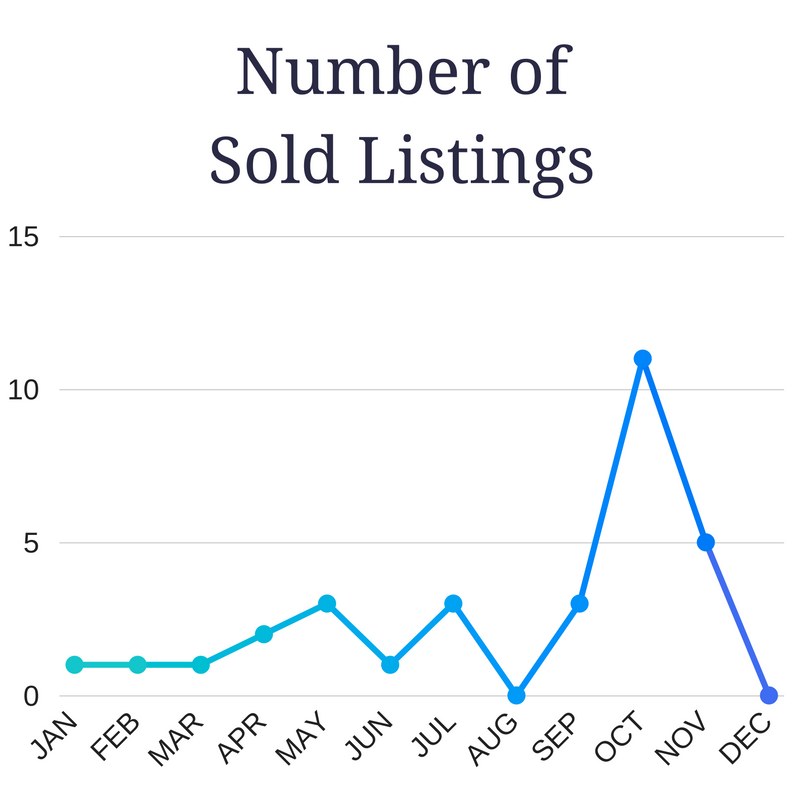 View a list of properties in Alys Beach, FL currently available for sale, pending sales, and properties sold within the past 6 months. 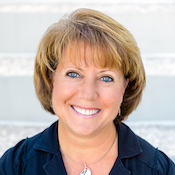